Where did God come from?

By NotanOriginalName,
January 18, 2012 in Religion

Where did god come from? Human imagination. 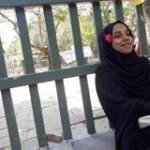 No one created the god. It's not an imagination. Just think, who created the hig's boson? Why every one has a DNA? Where did it come? No answer. We all are the creatures of god. The god has neither a