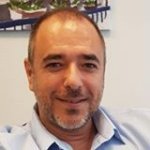 By Sandor Szekely,
September 10, 2016 in Speculations

I watched the all 27 minutes of the video yesterday. And honestly must say, you spend the more time flying helicopter and playing volleyball than thinking and preparing for gathering data during the

Sandor, in response to your post#92, my thoughts now are.   1) I am pleased if you wish to turn this into a proper scientific experiment.   2) Go to the university and find a proper surveyor. Buy

I can notice from your video in Youtube that your measuring white board is around 1.35m high.   How did you take your measures starting in row 15 in your table as those are all higher than 1.35m? Af