Speed of light as it enters vacuum from a dense medium. 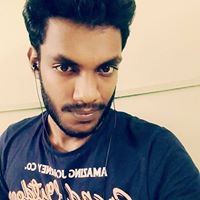 By Arjun Artro,
June 29, 2015 in Modern and Theoretical Physics