How Best to Visualize Atomic and Subatomic? 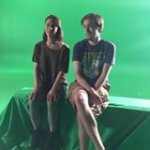 By tommygdawg,
September 22, 2013 in Amateur Science