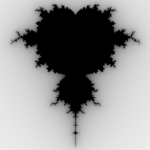 Hello everyone! I was trying to imagine how some properties of physics (like energy and forces) would be in a 2D Universe. But I found some irregularities... Thinking in 3D terms and considering

If you want to know the gravitational potential for 2D, just solve Laplace’s equation - you’ll find that the potential is logarithmic, as it needs to be, since the force now follows a 1/r law. Ho

Indeed. 1+2 gravity has no local degrees of freedom. Yet people still use it as a topological theory. https://en.wikipedia.org/wiki/(2%2B1)-dimensional_topological_gravity Just a disclaimer: