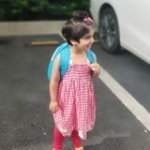 I saw more about photonic computing about a decade ago than currently. The Wikipedia article says:   Today research is oriented more towards nanotube and graphene gates, rather than photonic gates.

An other known network is the multidimensional crossbar. When a full crossbar is impractical with thousands or millions of nodes, one can split them into dimensions which are themselves fully connecte