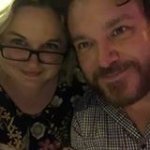 Question for evolutionary anthropologists regarding speciation?

By Danevan, January 31, 2017 in Evolution, Morphology and Exobiology