The origin of the universe 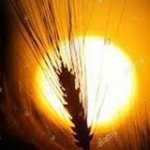 By The Believer,
October 16, 2013 in Astronomy and Cosmology