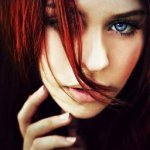 What factors caused us humans to have the form we have today?

By OneOnOne1162, April 5, 2016 in Evolution, Morphology and Exobiology