Logical Explanations of how there are varying effects that happens to a body during "Spirit/demonic possesion" ? 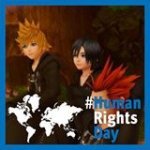