Who wants to live forever?

My first point is that I would agree with those who think the topic is 'cumbursomely' broad. There is a place, e.g. 7th grade English, for throwing out a topic just to get people in the habit of crea 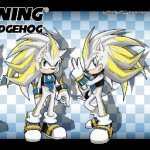