What Is The Mechanism of Space Expansion? 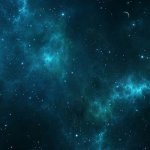