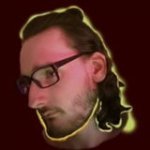 By Teradanius, May 18, 2014 in Modern and Theoretical Physics