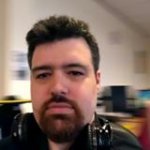 What is time? Does time even exist?

By Daniel Foreman, December 17, 2012 in Speculations