Suggest a topic for Master Thesis 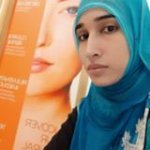