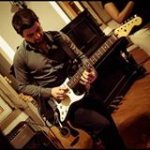 By Antonioctd, August 5, 2012 in Modern and Theoretical Physics