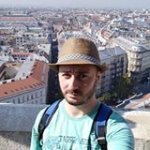 By mr.spaceman,
July 1, 2012 in Astronomy and Cosmology