What if question about the universe? 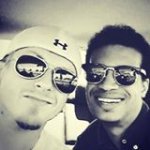 By stevenJKpower,
February 14, 2012 in Astronomy and Cosmology