By Gilded,
September 15, 2004 in Inorganic Chemistry

The hobby of the noble; collecting every naturally occurring element. As a hobby it's an expensive one, but hey, atleast there's not a steady flow of new ones like there is with stamps, trading/gaming 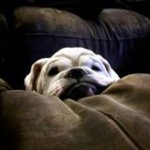 does anyone have anything they are willing to trade for?   just giving this thread a bump to see if anyone has extras. which im sure you all do....since i have extras of atleast 75% of my collection