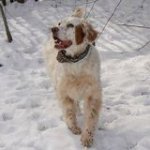 By PhilGeis,
April 21 in Microbiology and Immunology