Why can't you re-burn hydrogen (I KNOW this is a dumbass question, just am not seeing this, be nice!) 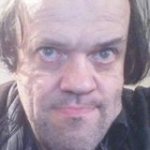 By ulrichburke,
November 17, 2021 in Modern and Theoretical Physics