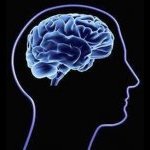 This is a strong expression of willingness.

This is a science discussion site. Not a place to publish. People come here to discuss, not just to read papers. That is why you were not able to simply post the entire paper without setting a topic f