MM experiment null result is not an accurate claim 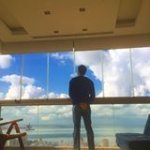 By Michaeltannoury,
September 10, 2017 in Speculations