What is the difference between killing an animal for fun and killing one for food? 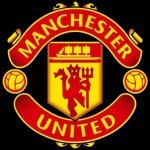 Can't believe you actually plussed one that. It's an emotional rant and completely logically hysterical. It's the equivalent of saying "Daddy I want a pony."   No it is interesting, how you still

You would be a gazelle, so you wouldn't know anyway.

Many people enjoy fishing I don't see anything wrong with that but they certainly don't have to fish to eat. Most of our problems with fish numbers didn't come for people who fish for sport it was big