The Scientific proof of survival after death 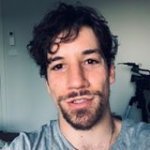 By Blueyedlion,
November 13, 2016 in Other Sciences